After a few days of visiting my granddaughter and babysitting my grandson, I’m home again. And after 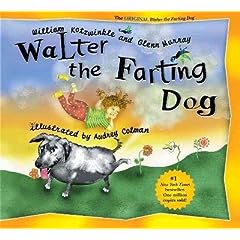 playing pirates, coloring, making snakes out of play doh, doing puzzles, reading some great books (Walter The Farting Dog is hilarious), trying to make sense of the game Mousetrap, playing soccer and climbing trees, I required a little downtime. So I spent an entire day watching movies. And as in books, so in movies, heroes come in all shapes and sizes, and I must tell you I enjoyed every single hero.
Here’s the movies that had me laughing, crying, sighing and on the edge of my seat. None disappointed and all worked wonders for my downtime.

I started with a comedy, Bedtime Stories with Adam Sandler and Keri Russell. It’s about a hotel handyman who gets stuck watching his niece and nephew and to his surprise discovers that the bedtime stories they share with him come true. It’

s funny and heartwarming and Adam Sandler’s character is a hero in more ways than one. Fools Rush In was next with Matthew Perry and Salma Hayak. I’ve seen this before but it’s a favorite of mine. It’s a truly a feel good movie and I love how love triumphs over the skeptic character Perry plays. And some of the scenes are just hilarious, while others can bring tears to your eyes and then there’s the sigh factor. Now I couldn’t let the day pass without a Johnny Depp movie and I chose Chocolat. Vianne Rocher does a remarkable job in portraying a woman who arrives in a French village, opens a chocolate shop and changes many lives including her own. It’s a beautiful story I never grow tired of watching. The last movie a friend gave me and I thoroughly enjoyed. It was different from the others. Outlander with James Caviezel and Sophia Myles had me enthralled from the very beginning. An alien ship crash lands in ancient Norway during the Viking reign and inadvertently unleashes a bloodthirsty creature called the Moorwen. After first being accused of destroying an entire village, the local Vikings realize they need the stranger’s help to combat the creature. There’s so much more to the story and characters, you won’t want to miss, including love.
That concludes my downtime day. What do you do when you need downtime?