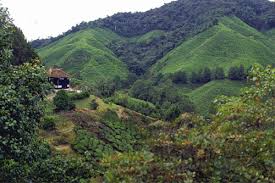 My Highlanders are jealous over me spending time with my witches so wouldn’t you know they invaded my dreams last night. Three powerful Highlanders introduced themselves and told me which Macinnes sister, in the Macinnes Sisters Trilogy, they were interested in. One was adamant about why he was better suited for Patience, the middle sister of the three, than the Highlander I had planned. And I have to admit he’s right, especially since Patience isn’t anything like her name. He understands that and knows exactly how to deal with her and force has nothing to do with it, though I will give you a hint… he’s an exceptional lover 🙂

The Highlander who insisted he was suited for the youngest of the sisters, Emma was not what I expected at all. I was concerned about finding Emma a suitable man to love her. She’s the plain sister and with two beautiful sisters not many men pay attention to Emma. But when this Highlander stepped forward and, with persistence, informed me why Emma was meant for him, he won my heart. He has his work cut out for him, Emma having been scarred by so many rejections that she has no interest in men. But believe me he’s up for the task and poor Emma — actually lucky Emma — will never see love coming until it smacks her in the face. Or I should say until he dazzles her with kisses and has her melting to his touch.

The Highlander who stepped up last simply stole my breath and when he told me why he loved Heather, the oldest of the sisters, he stole my heart. Theirs is a love story that grips the heart and won’t let go. How this mighty Highlander will get Heather to love again will certainly be a challenge. And how he’ll get her to submit to his kisses and touch is beyond me, but he’s a man in love and when in love anything is possible.

So though I’m busy working on bringing you a fun month of Halloween magic on my website, I’m also busy writing about three amazing sisters and spending time in the beautiful Scottish Highlands with three gorgeous Highlanders  whose stories must be told.

Look for more about the Macinnes Sisters Trilogy coming soon and of course there’s Bryce’s book A Warrior’s Promise that I just finished the final edits on and will be in stores the end of April 2012. Trey’s book follows, no title yet but the release date so far is the end of December 2012. Still have the final edits to do on his book which will bring the Warrior King series to an end. And though I’ll miss the MacAlpin warriors, there are lots more Highlanders waiting for their stories to be told 🙂